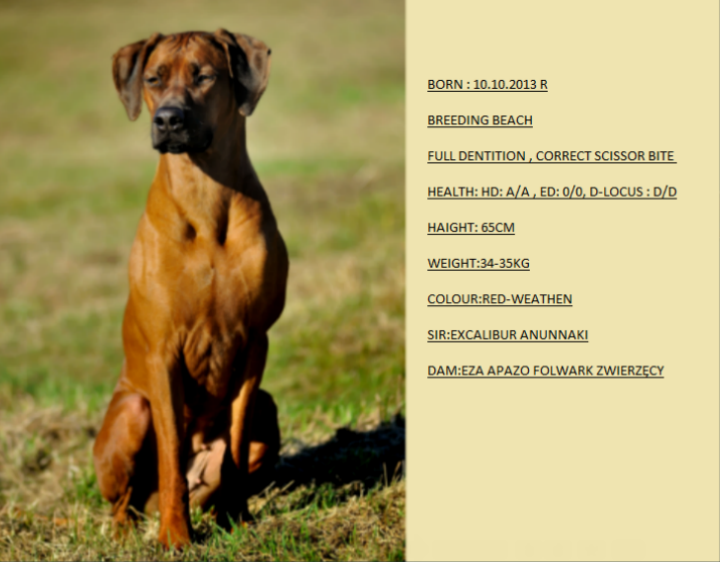 Beautiful and elegant female of average size with shiny, red and wheaten coat. In their assessments, judges emphasize her perfect lines, muscular silhouette and a beautiful head.

Samba is a nice, smart and well-balanced bitch, she learns very quickly. She can be a great watchman guarding home, a companion to play with children, as well as a faithful friend of the whole family.